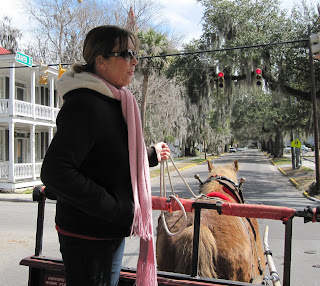 Betsy speaks: This morning we took a horse drawn carriage ride around beautiful Beaufort, SC. We had done this last time we were here in 2003 and I had always looked forward to doing it again. For those that don’t know, in SC the town is pronounced “Bewfort” as in “bewtiful” as opposed to the similarly lovely seaport town in NC that is spelled the same but is pronounced “Bo-fort.”

Our horse was named Old Dock, a beautiful half-Belgian/half-Clydesdale with two blue eyes. According to our driver, he is one of only 10 horses in the country with two blue eyes. He was very gentle and did his job well. Anyone who comes to Beaufort should take this carriage tour. It is slow and relaxing (even though it was cold 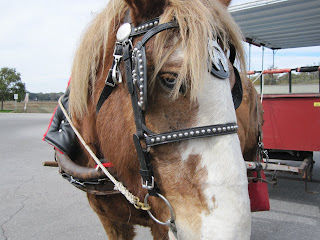 and we were bundled up in blankets) and extremely informative. There are many, many antebellum homes. Lots of movies were filmed here and of course those homes are pointed out.

One story we both remembered from before, and they are still telling it: Barbra Streisand lived here while filming one film and complained about the noise of the military planes that fly overhead while on maneuvers from nearby Parris Island Marine Boot Camp. The commanding officer ordered the planes to fly even lower and closer and more often by the house she was staying in. He said he wanted to make sure she knew “the 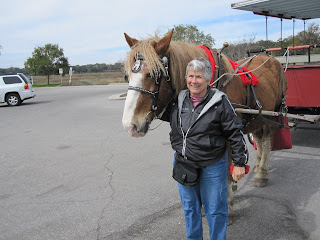 sound of freedom.” All the tour guides say she was despised by the locals, treating everyone as if they were inferior. 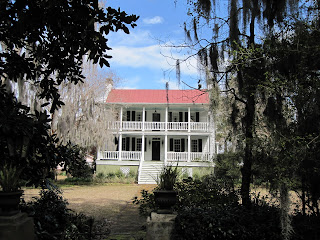 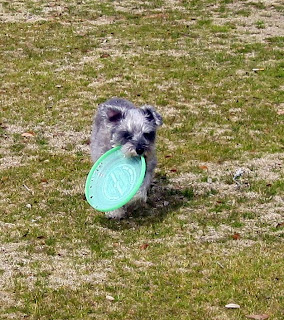 We just love this Beaufort waterfront. They have spent millions on the wonderful park that has swings, walkways, a covered pavilion, etc. It is a delightful park setting. Most places we have stayed have signs saying dogs must be on a leash, and so even though Beamer is under perfect voice control at all times we do keep her on a leash. Here there are no such signs, so I took the rare opportunity to give her a good run in the park. She loves to play Frisbee, so even though it was too cold for me I gave in and tossed the Frisbee for her this afternoon. 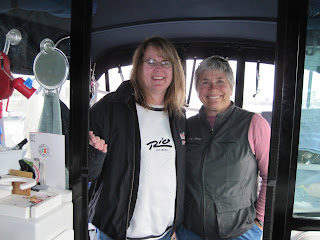 Later in the afternoon we had a real treat when a person formally from Sneads Ferry stopped by for a visit. We are continually surprised by the number of people that read this blog regularly…many of whom we do not know. Every now and then someone will leave a comment on the blog, and a couple of days ago we had a comment from Kim Volek. Kim and her family had gone to the same church we go to in Sneads Ferry, and even though we don’t remember ever actually meeting each other, Kim had been reading our blog daily. They had moved away from Sneads Ferry after we left on the trip and now live in Beaufort, so she had sent us a note asking if she could do anything for us while we were here. How nice! We e-mailed her and told her we would love for her to just drop by and visit so we could put a face with the name. So she came by this afternoon and we had a delightful visit.

Tomorrow we will attend the 1st Presbyterian Church right up the street, and hope it will be warm enough tomorrow afternoon to walk around town and get a better look at some of the homes we rode by on the carriage today.
One final comment…it was COLD again today! Forecast had called for it to warm up some, but then the sun didn’t come out as expected so it was still nearly 20 degrees below normal. Our tour guide told us this was the coldest February they’ve ever had in South Carolina. My response was “Well, Duhhhuh!” Still we did have a beautiful sunset. 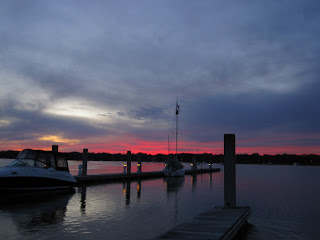 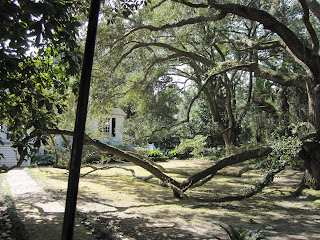 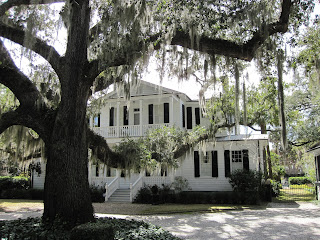