Betsy speaks: Well, it really should be Rick doing the blog tonight because he’s a lot better with history than I am, but he’s up in the boater’s lounge watching a ball game or something and it’s getting late, so I’ll go ahead and do it! 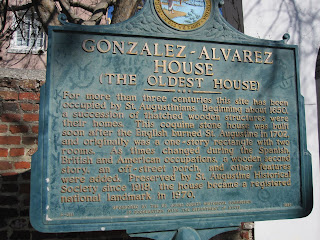 We started the day off by going to what is known as “The Oldest House.” Built about 1702, it was originally a one story Spanish style house, built of coquina stone which is very popular here. Over the years it had a second story added and served as a tavern for a period of time. Archaeological study has shown that this property has been continuously occupied by Europeans since the early 1600s. The period furnishings were very interesting, but no photography was allowed inside. One family owned the house for over 90 years during the 1800s. 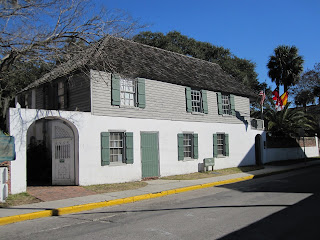 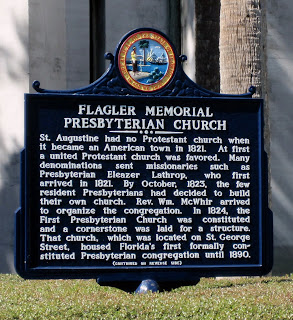 Leaving that site, we walked to Flagler Memorial Presbyterian Church. Built by Henry Flagler as a memorial to his daughter Jennie who died tragically in 1889, the church is patterned somewhat after St. Mark’s Cathedral in Venice. In addition to his daughter and granddaughter, Flagler himself is buried here along with the first of his three wives. There is a vault for his third wife, but it is empty as her family wanted her buried in her hometown of Kenansville, NC, not far from where we live.

As with many churches, the most striking thing is the stained glass windows. A series of windows depict the Apostle’s Creed and they are truly breathtaking. Also striking are the beautiful hand carved mahogany pews and the chandeliers in the shape of crosses. 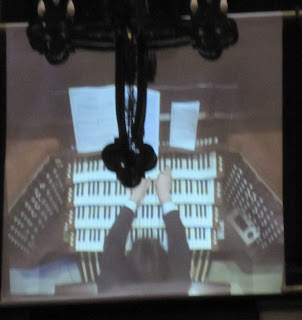 We were there not only to tour the church but also to hear an Ash Wednesday organ concert. The church sponsors a concert each Wednesday during lent beginning today, with a different organist each time. This week the organist was from nearby Trinity Episcopal Church, and he did a wonderful job. One thing I really liked was that they had a projector set up so that you could actually see his hands on the organ. It was set up so you could see the top of the organist’s head, his hands and the full keyboard, all the stops on each side and part of the foot pedals. 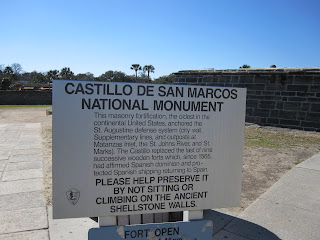 After the concert we had a bite to eat and a quick check on Beamer on the boat. Then we went to the Castillo de San Marcos, a well preserved example of a coquina built fort that is over 400 years old. This is the oldest structure in town. For more on its history you can look it up on the internet! It is still the place to go during hurricanes if you are looking for protection! 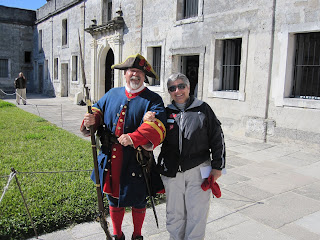 We got there just in time for a live presentation by a park ranger dressed in authentic Spanish costume of the 16th century. 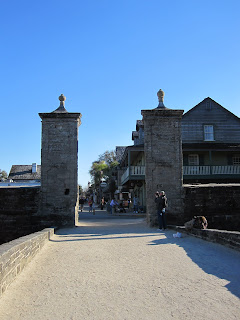 Rick then went back to the boat for his afternoon nap while I browsed the shops. St. Augustine is just a great town to stroll around in. I began by walking through the City Gates, then down a nicely restored street full of pubs, shops and historic homes. 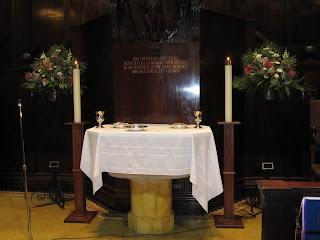 Tonight at 6:15 we went back to Flagler Memorial Presbyterian for an Ash Wednesday service. It seems Ash Wednesday is being recognized more and more in recent years, and today starting at about noon we saw many people with ashes on their foreheads. In addition to the imposition of ashes there was Holy Communion by intinction. Overall, we enjoyed the service very much. 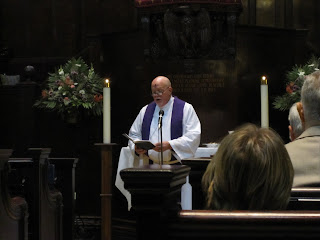