[Rick] As promised yesterday, we left Gulfport, FL this morning and moved on to Sarasota, FL. The town of Gulfport was vibrant, artsy, and quite nice. Before leaving, we did get to see some very impressive birds on the docks of the Gulfport Marina. 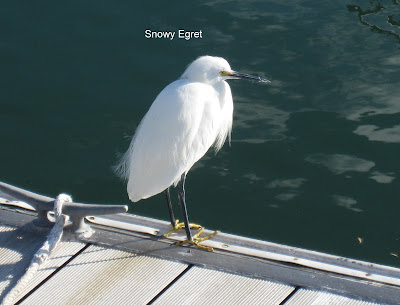 The trip to Sarasota is only about 35 miles but there are many no wake zones causing the trip to take 2 and one-half hours. Along the way, we were treated to several pods of dolphins. They rode in our wake, jumped in front of us, and generally put on a show. As we have said before, it is impossible not to watch them. We also saw white pelicans for the first time since the Illinois River. 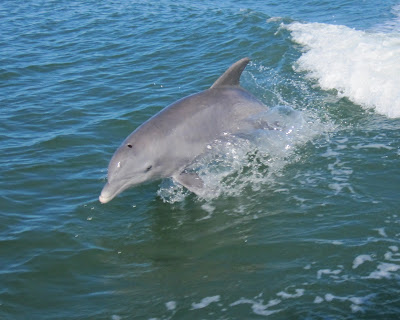 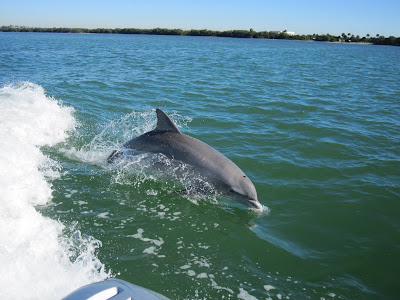 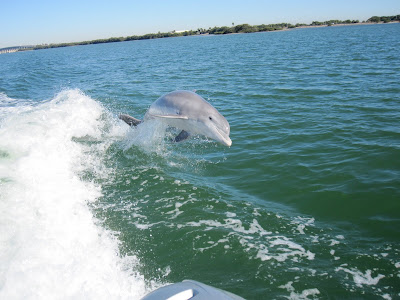 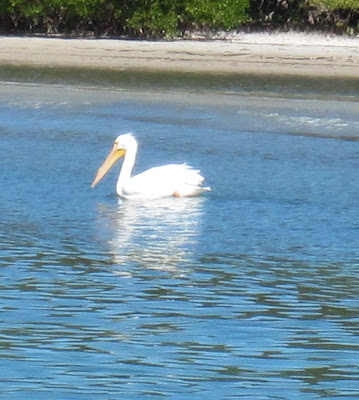 We also passed, but did not go under, the Sunshine Skyway Bridge. It is several miles long and was built in the early 80’s after a barge hit and removed a portion of the old bridge. Rather than repair the old bridge, they built a new one over the next two years. The old bridge has been turned into two fishing piers into Tampa Bay. 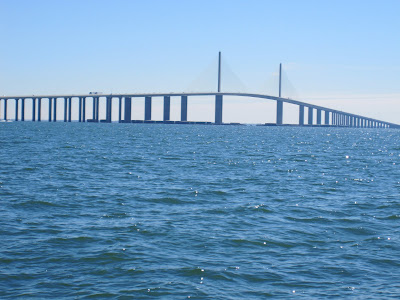 We got a shot of the carcass of an old boat that had gotten out of the channel. This trip required that we stay in the channel and it was very shallow just feet off the markers. On the other hand, it was well marked and looked like a runway at the airport. 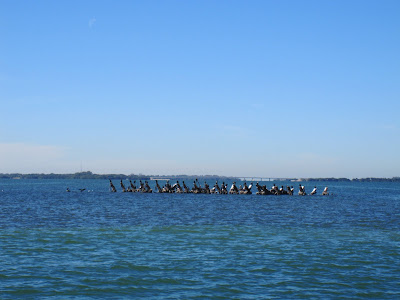 We are at the nicest marina in Sarasota, Marina Jack. We were treated to a marvelous sunset. Approaching the city we saw a building we have named “The Dolly Parton Complex”. Tomorrow, we plan to ride the local bus to the Ringling Circus Museum. Should be fun. 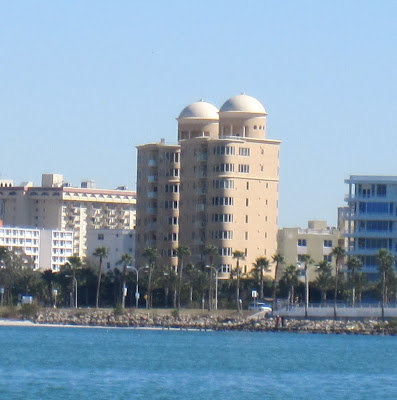 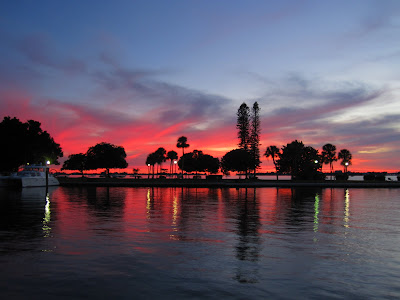