[Rick] Today’s post may ramble a bit, as it was a long day. It all started yesterday while we were biking around Clewiston. I had gone back to the boat, and somewhere in town, Betsy lost the camera. She knew exactly where she had taken the last picture, so backtracked no more than 5 blocks looking for the camera that must have fallen out of her pocket but with no luck. Luckily we had taken all the photos off the night before. That is why there was no blog yesterday. Before leaving today, we got some great shots, with our movie camera that takes stills, of some Ibis on the dock. 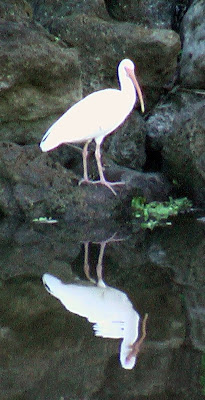 We left Clewiston and the Roland Martin Marina around 1000. Roland Martin is a famous bass fisherman and is featured on a ton of fishing shows, including his own. Apparently Lake Okeechobee is one of the bass capitals of the world with tournaments going on all the time. We entered Lake Okeechobee heading for Stuart, FL. The channel was well marked and we made good time.

Arriving at the far edge of the lake, we called the Port Mayaca lock and asked to be locked through. We were to be lowered to the level of the St. Lucie River/Canal. The lockmaster said come on in and go through. When we saw the chamber, we noticed that the doors were open at both ends. Since the lake is so low, there was no rise or fall and we just went through like driving through a canyon.

The next 20 or so miles were slow as there were no wake zones all along the way. It was also a ditch, peaceful, but not real pretty. We kept a sharp eye out for alligators but saw none. We did see two Bald Eagles soaring above us at one point. We also saw a boat that appeared to have been stranded in a flood. Although we’ve seen many Great Blue Herons along the way, today we also saw a Little Blue Heron. 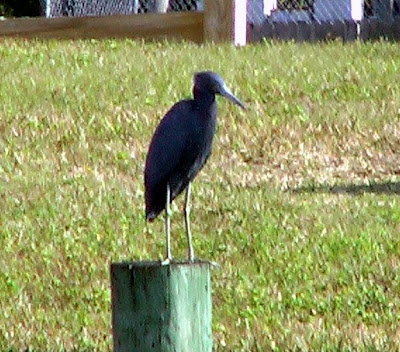 Arriving at the St Lucie lock, we called ahead and had to wait for a few minutes. While there, some people with the slimmest boats put in and paddled away. The craft, which appeared to be some sort of kayak, were hardly 10 inches wide and they paddled on one leg as in the picture.
We traversed the St Lucie lock, our 117th and last lock. Betsy had a lump in her throat knowing that she is getting close to home and does not want to get back there. (Betsy corrects: it is not that I don’t want to get home, it’s that I don’t want this fabulous trip to end). 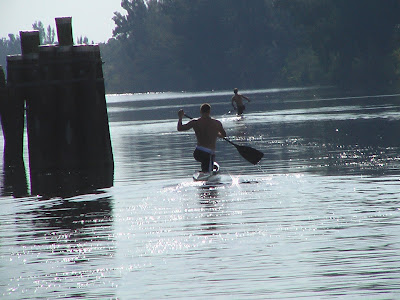 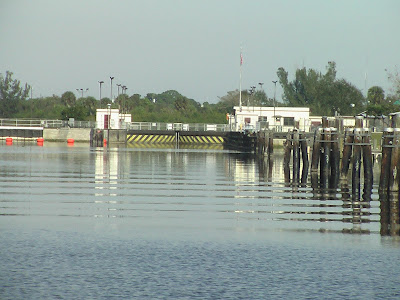 We arrived in Stuart, the eastern terminus of the Okeechobee waterway. Betsy saw a fabulous bird, first wading, then flying off…she identified it as a Wood Stork, but was not able to get a picture of it. This bird was nearly 4 feet tall, with a huge wing span, pearly white with black border all the way around the wing. The book says wing span can be as big as 5 1/2 feet, and that's about what we had estimated this one to be. Here are a couple of internet pictures since we weren't fast enough with our camera. This was a spectacular bird! 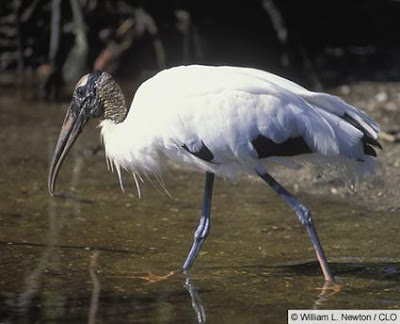 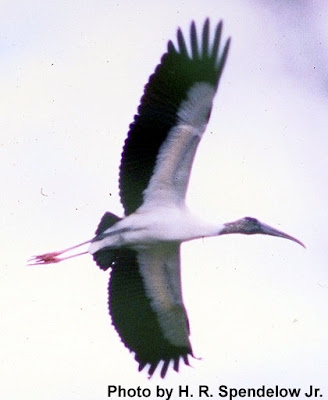 We are back on the East Coast and for the rest of the trip will be in the Atlantic Intracoastal Waterway, our home waters. As usual, the sunset was spectacular. 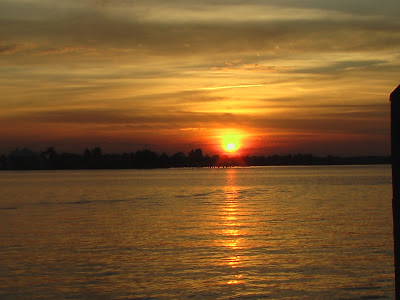