[Rick] After 3 days in Lighthouse point, a suburb of Boca Raton and seeing our nephew and friends, we decided to head north and return to North Palm Beach Marina in North Palm Beach. It was a pleasant ride, with several NO WAKE zones so we just took our time. About ¾ of the way, just as we approached the Flagler Memorial Bridge in Palm Beach, the rain came in torrents. We circled around and did not go under the bridge until the wind died down. The rain did not last long as it was associated with a fast-moving cold front. 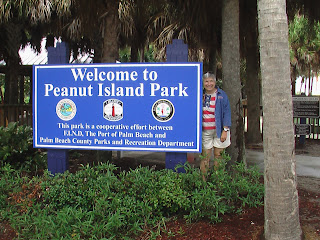 Then we approached Peanut Island. This island is a public park that has been created to preserve a stand of Mangroves and to offer a camping place for anyone that wants to go there. They removed the invasive Australian Pines and have replanted the whole island as a botanical park. There is a floating day dock and a set of stationary docks for boaters. The campground allows you to stay for up to three nights. There are several restroom facilities with showers. One of the more interesting features is a dock and lagoon for snorkeling. 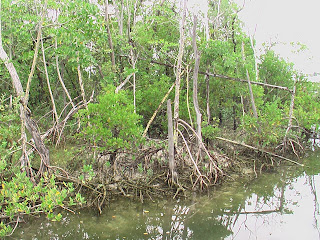 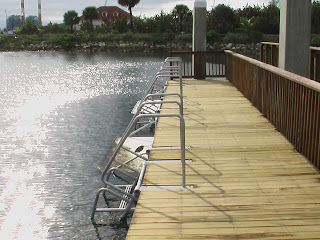 On the north end of the island is an old Coast Guard station, an underground bunker from the cold war and a replica of the HMS Bounty. These are available for touring on Thursdays thru Sunday, so were closed to us today. The brick paved path encircles the whole island and makes for a great walking trail though the lush plantings. 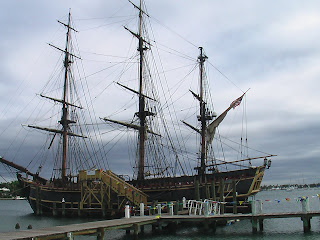 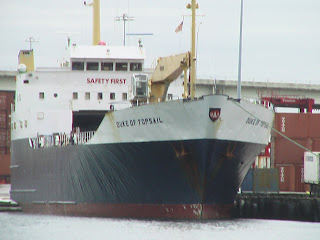 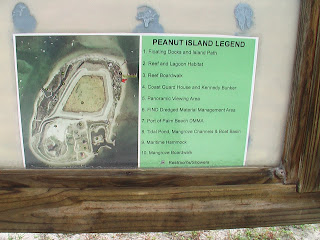 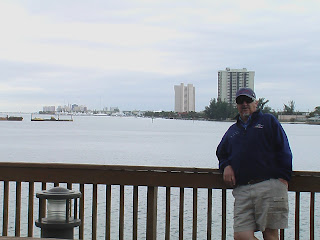 We arrived at the marina about 1600, reclaiming the same slip that we had before.