02-28-10 Beaufort SC and the Presbyterian Church 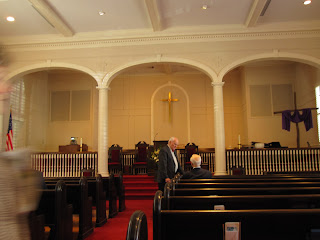 [Rick] We decided to attend the First Presbyterian Church of Beaufort at the 1100 service. This is a very traditional church and I think I was the only one without a coat and tie. It turns out that they have had an interim minister for the past 15 months and today was his last day. They did not announce it, but I get the feeling that the search committee is about ready to name a permanent pastor. The interim pastor, Dr Louis Lunardini, is a veteran pastor with over 40 years experience. His message was very appropriate and he told a story about one of his classmates in seminary, Fred Rogers. After the service, the church had a wonderful reception for Dr. Lou with a full layout of food and drink. 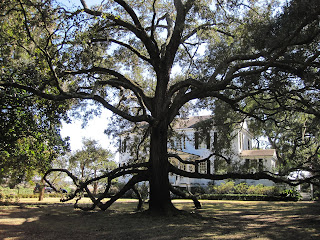 After church, we retraced our tour from yesterday to take a better look at the historical homes and attractions of Beaufort. This is a very old and historic town. In the 1700’s it was a site of great wealth owing to the production of indigo, cotton, and rice. There are many large mansions and antebellum homes. Slavery was a way of life here before the “War of Northern Aggression” and President Lincoln personally ordered the taking of Beaufort. Many of the mansions were used as hospitals, livery stables, barracks, and officer quarters. The mansions were ordered sold by Lincoln to non-southerners and slaves. Many homes were purchased by slaves who were left behind in the “Great Skedaddle” as the Northern army took over the town in the early part of the war. 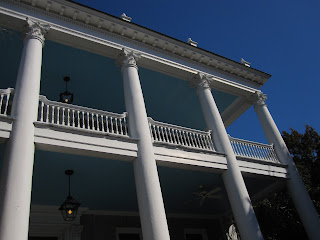 One of the traditions in Beaufort is the painting of the underside of the porches. They are painted either light blue (sky), black (night), or green (grass). It is said that these colors will keep the wasps and hornets from building nests on the porch. It sounds crazy, but the painted homes do not have nests and the unpainted ones do have the insects. Go figure….. 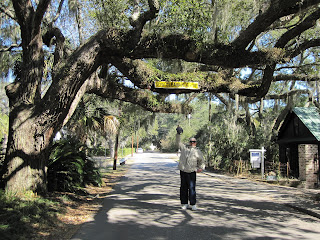 The live oak trees in the town are spectacular. Many are over 800 years old. Our guide pointed out the one that was used to hang pirates and Blackbeard was supposed to be hung from this tree. He escaped prior to the event, was captured later and hung in Charleston, SC. 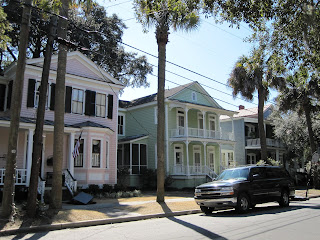 Most of the residential part of town is in a historic district and is very controlled by the historic board. One street, called Rainbow Row, contains homes of bright colors and to make any changes requires a FEDERAL waiver. The green house in this picture was orange until last week. It took federal review and a waiver to change the color. Then again, the homes are over 200 years old. 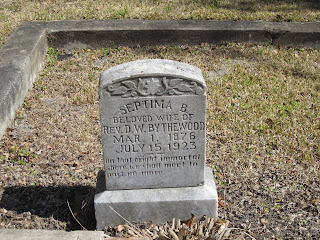 We passed the grave yard at the Tabernacle Baptist Church and thought this tombstone had a very interesting name and inscription.


Tomorrow, we leave for Isle of Palms SC. We will bypass Charleston as we have been there several times.