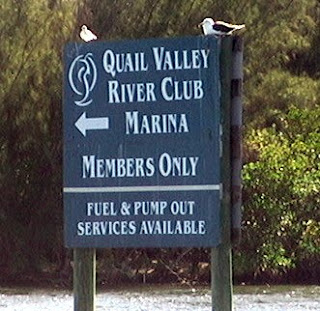 [Rick] Today we left Ft Pierce FL and headed for Melbourne, FL. Most everyone has heard of Indian River Grapefruit and citrus. This stretch of the ICW is actually the Indian River. It is fairly wide, very shallow out of the channel, and has many small islands along the way. Along the way, we found a marina that wants our cash and crap, but not us. 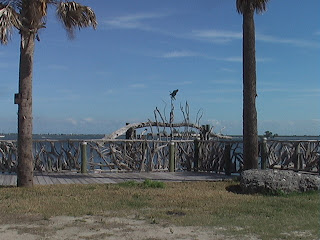 We decided to stop in the town of Sebastian Fl and go to the Mel Fisher Museum. On the way to the museum, we passed a most unusual driftwood fence. It was very different and allowed one to look out over the waterway. 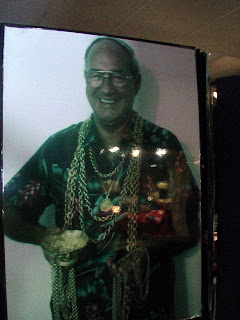 You may not recognize the name Mel Fisher, but you probably wish you could have been him in 1985. Mel, his wife, and a team of underwater treasure hunters found the wreck of the Atocha, a Spanish Galleon that perished in a storm in 1622 off the coast of Florida and near the town of Sebastian. The treasure that they found was unbelievable and very valuable. The find included tons of Spanish coins, 900 Silver bars that weighed 80 pounds each, gold ingots, and jewelry made of the finest gold and silver. Probably as important, they found a piece of maritime history and how the ship was made, its supplies, and a lot about the living condition of the hands. Mel and his team also found the sister ship of the Atocha, the Santa Margarita, and an English ship, the Henrietta Marie. Needless to say, these discoveries made Mel and his backers very rich people. They continue to bring items to the surface and continue to excavate the scene for more historical items. There is a film in the museum detailing the expedition and aftermath.

An interesting legal note about the find. Prior to Mel finding the Atocha, the state of Florida was assessing a tax of 25% on sunken treasure found off Florida, even though it was found out of territorial waters. Mel, a student of the Constitution, decided this tax was not right and fought this tax. He won at every level. The state of Florida continued to appeal, spent over 3 million dollars, and eventually lost in the Supreme Court of the United States. Here is the paperwork. 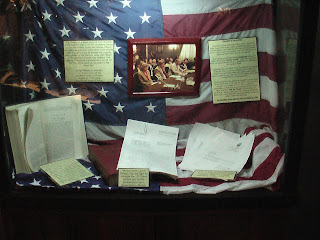 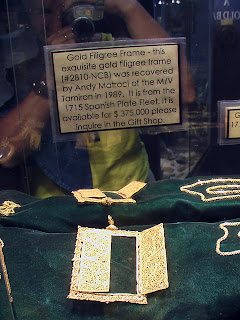 The gift shop at the museum sells the normal hats and t-shirts. But it also sells part of the treasure, including Spanish Pieces of Eight. They have pieces from a few dollars to hundreds of thousands of dollars. One small, 3 by 4 inches, filigree piece is $375,000.00.


Mel died in 1995, but his children and grandchildren carry on his tradition. They are treasure hunters and actively involved in the family business. 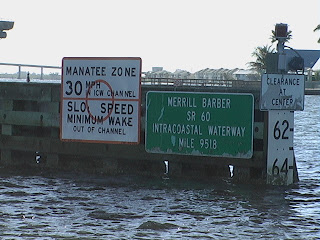 We arrived late at the Melbourne Harbor Marina. We plan to be here 3-4 days and then make our way north. We are within striking distance of Sneads Ferry. Sneads Ferry is approximately mile 245, so we are about 700 miles from home.

Here are some photos from the Mel Fisher Museum... 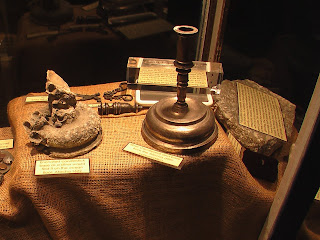 2 candleholders shown before and after cleaning 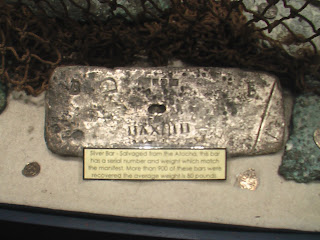 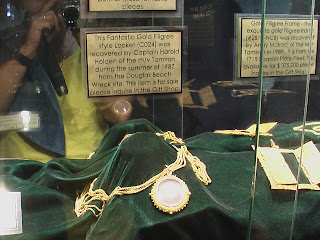