[Rick] Today was a very interesting day. Sarasota is the home of the Ringling Museum. It was founded by John Ringling and his wife, Mabel. The museum is located on the grounds of the Ringling home, Ca d’Zan. This means “House of John” in an old Venetian dialect. The Ringlings were smitten with Venice and Venetian architecture. So, in 1924, they commissioned a Venetian styled home that cost 1.5 million to build over a two year period. They furnished it with all of the art they could stuff into it. It contained all the latest conveniences, electricity, Kelvinator freezers and refrigerators, and hot water. The building has 55 rooms and sits on 22 acres. It is not as large as the Biltmore mansion in Asheville, NC, but is certainly as ornate and opulent. I cannot adequately describe the home, but I will say that if anyone is near Sarasota, I urge them to visit the Ringling Museum.

On the grounds is located the Ringling Circus Museum, the Ringling Art Museum, and a learning center. After our guided tour of the home, we headed for the Circus Museum. One building contains circus memorabilia from over 100 years of Ringling Brothers Circus. This included costumes, wagons, rail cars, posters, and personal items. It is difficult to convey the beauty and colors of the circus. The second building is filled with miniatures of the circus. Estimated at greater than 50,000 pieces, a full circus of over 1200 employees, tents, wagons, animals and the public is created on a scale of .5 inch per foot. It is in incredible detail. The miniatures are a 50 year effort by Howard Tibbals. One interesting note is that all of the miniatures have the name of Howard Brothers Circus on them. The Feld Corporation, current owners of the Ringling Brothers, Barnum and Bailey Circus name, refused to let Mr. Tibbals use the name on his miniature creation. Quite a silly decision, in my opinion, in view of the free publicity that could be generated, to say nothing of the authenticity of the display.
Below are some of the pictures we took with comments on each picture. 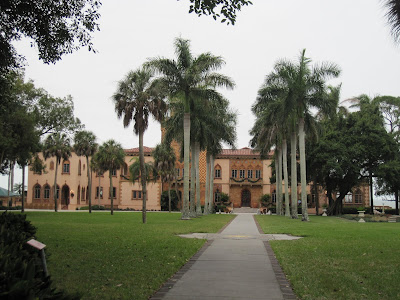 The mansion from the front. 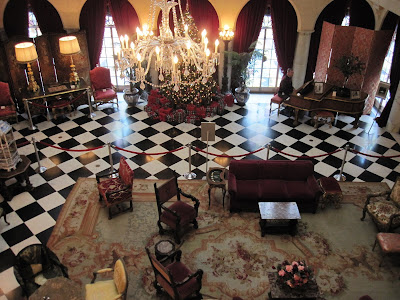 Overview of the Great Hall.

The bar in the mansion. 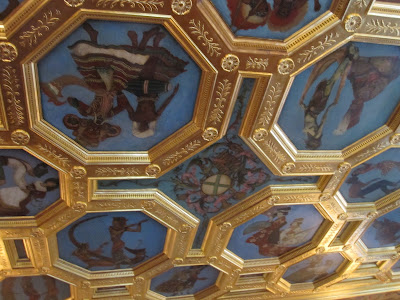 The ceiling in the Great Hall. Hand painted showing various people dancing to the same music. 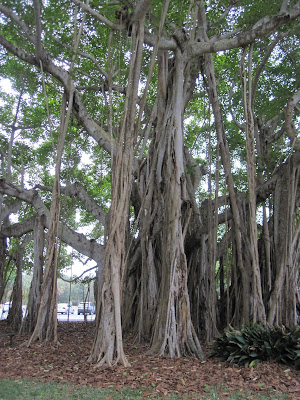 The Banyan Tree. Its roots grow DOWNfrom the limbs and can cover over
300 sq feet. This is one tree. 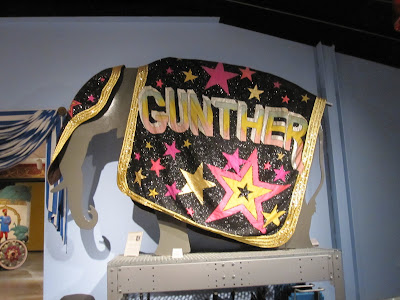 The elephant cape from the famous Gunther Gebel-Williams. Gunther was an animal trainer and performer for over 25 years. He was a circus superstar. Betsy and Rick saw him in person in Raleigh back in the 70's. 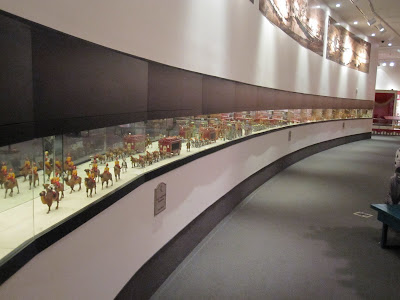 The grand parade in miniature. 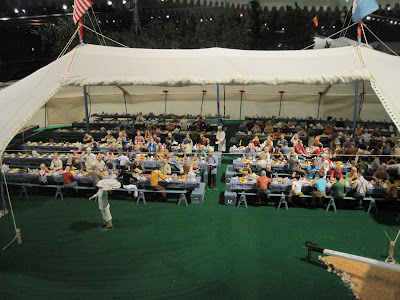 The mess tent for the circus workers. This exhibit is complete down to the salt and pepper shakers on the tables. 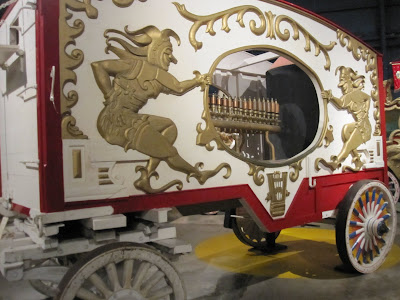 This caliope wagon is full sized and weighs 4000 lbs. 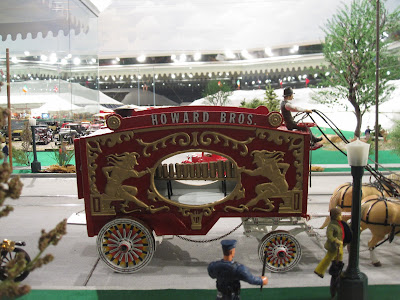 This caliope wagon is 3 inches high 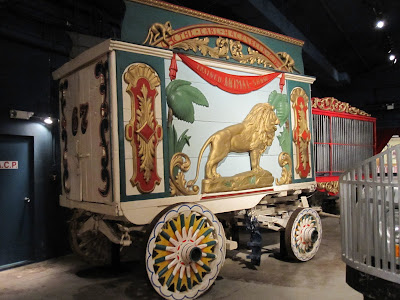 One of the many wagons in the museum. 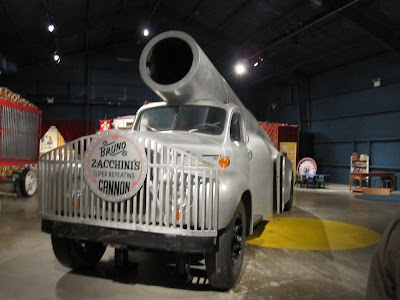 The cannon that shoots the "Human Cannonball" 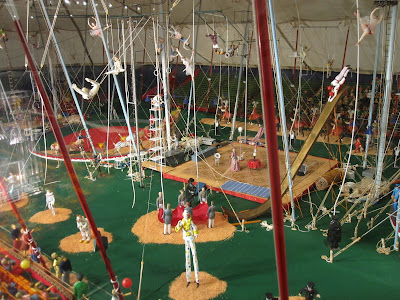 Three Ring Circus in miniature. There are over 7000 folding chairs, in miniature, that actually fold. 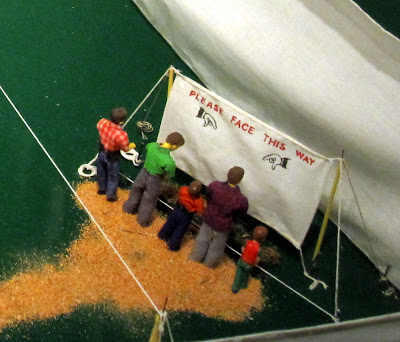 The miniature circus is so real and accurate, it contains a scene of men at a urinal. These people are 2 inches high. 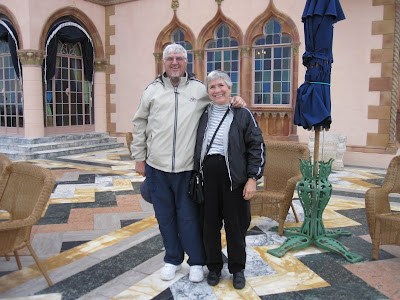 Rick and Betsy on the back terrace of Ca d’Zan