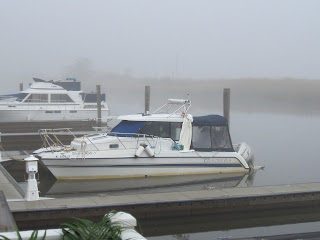 [Betsy speaks] We woke up this morning to pea soup fog, and it stayed with us all day. How we hope it is not still here tomorrow when we hope to depart on the big crossing! 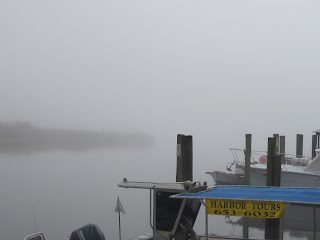 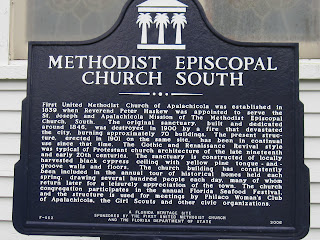 The Methodist Church had been recommended to us by a couple of people in town, and it was the closest church to our location, so we went there this morning. It is a very old and lovely church, built in 1901 after the original structure was burned. Rick was very impressed by the black cypress ceiling.

This was more of a “praise service” than we are used to, but it was nice, and the congregation was very welcoming. They did use a screen with words to the songs, etc., and the choir consisted of about 10 people with microphones. The 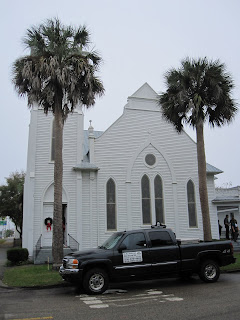 keyboardist faced the congregation straight on and led the music with his hands and his voice. One girl sang a Christmas carol solo with the keyboardist playing and singing along with her on the chorus…they both had outstanding voices and it was absolutely beautiful. 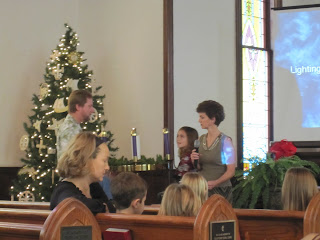 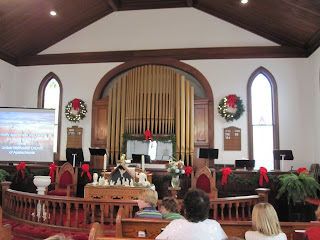 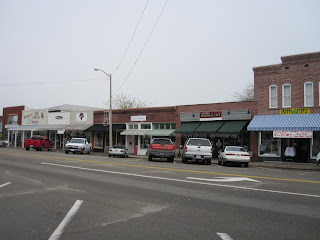 We ate lunch downtown at the Magnolia Café. I had their special of the day which consisted of Spinach and Parmesan soup which was Christmas green in color and delicious, along with “Pot Pizza” which the waitress said was actually cooked in a flower pot. Well, I didn’t actually see the flower pot, but the pizza was also delicious, though a funny shape! Rick had his usual chicken fingers.

We rode our bikes back to the boat in the still thick fog, and were just killing time when we heard someone on the dock call our names. We looked up and there were Patsy and Ray from Port St. Joe, along with the folks on “Cheryl Ann.” They just decided to drive to Apalachicola, then on to Carrabelle to check on a couple of boats that had left Port St. Joe this morning in the fog. They didn’t have anything better to do, they said, and wanted to make sure the two boats made it OK. 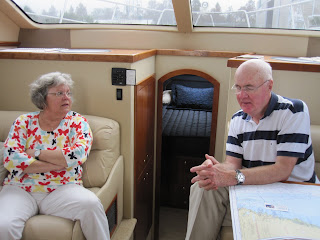 Once they left we rode bikes to the marina next door to chat with Jim and Carol Bassett on “Lady Liberty.” We will be crossing the gulf with them tomorrow and just wanted to compare charts to make sure we were on the same straight line route from buoy here to buoy there! We hope the fog lifts and we plan to leave about 8AM. They have radar on their boat, so even in fog we can go and just stay close to them. Once we reach the sea buoy and set the autopilot the fog shouldn’t be a problem in the open water. But it is predicted to lift early in the morning anyway. Waves are forecast to be less than 2 feet, and should be lessening as the day wears on…and the sun is supposed to come out as the day wears on. 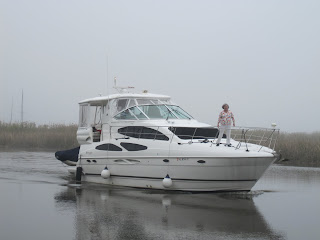 We will travel along with “Lady Liberty” until we reach a point where we will turn off to go about 30 miles in to Tarpon Springs and they will continue on about another 40 miles south to Clearwater. 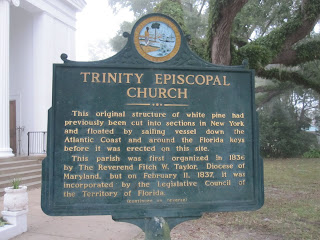 Immediately after leaving the Bassetts, we headed to a 4PM performance of Handel’s Messiah at the Trinity Episcopal Church. I had seen a flyer for this on my brief downtown jaunt yesterday. The Episcopal Church is only a block from the Methodist Church that we went to this morning, and is equally old and historic, having been built from white pine cut in New York and shipped down around the Florida Keys to this location on the panhandle.

Inside the Episcopal Church are two massive organs, each with its own set of pipes. Only one was used for today’s performance, and it only on 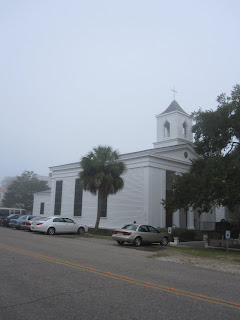 a couple of pieces. Too bad it seemed dreadfully out of tune to me! Fortunately all music that accompanied the choir was played on the Grand Piano set up center stage. And wow, how talented the pianist was! An elderly man, his little fingers really flew over the keys! We were pleased that the tenor soloist was the same person that we had seen earlier in the day playing the keyboard and singing in the Methodist Church, and the contralto soloist was the same girl that had sung the beautiful solo this morning!

Using all local talent, I was stunned at what a beautiful performance this was! All the soloists were wonderful, as was the chorus. Apparently the mezzo-soprano soloist was ill at the last minute, so the conductor turned around and actually sung that solo and did a magnificent job! 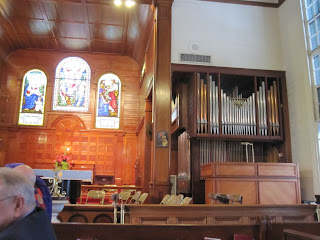 After the performance we were treated to punch and cookies in the fellowship hall. We then returned to our boat to prepare for the big day tomorrow! Who can believe that day before yesterday we were freezing nearly to death! Today, in the fog and dampness, we are about to swelter! I’m looking to sweltering in the sunshine once we get to Tampa! Wish us luck, and look for a quick blog early tomorrow evening to let you know we made it!

Rick wants to add that ten years ago today, Dec. 13 1999, his mother passed away suddenly. He regrets to this day that we didn’t get to say 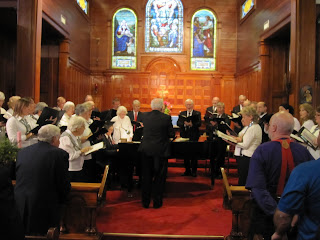 goodbye, and he still misses her every day. I remind him that there was never a time that they spoke either on the phone or in person that they didn't end the conversation with "I love you." What a valuable lesson that should be to those that take life for granted!